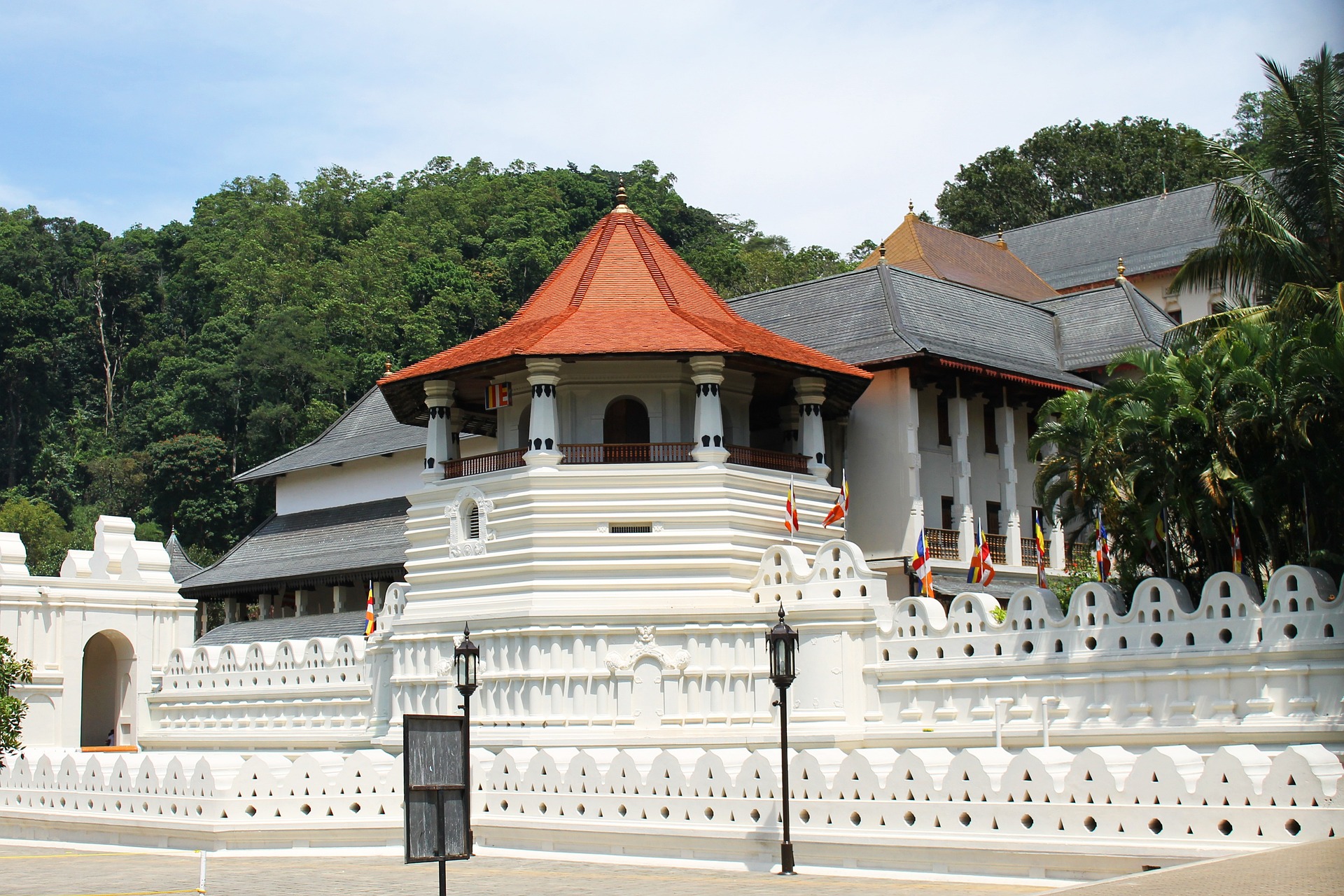 Under the soothing rays of the burning sun, another journey began. This time again, to a kingdom of beliefs and tons of blessings. It is sacred and historic. Also, this is a place to worship in the central province, not other than the holy Temple of tooth relic.

The sacred Temple of the Tooth relic , or Dalada Maligawa, in Kandy, is one of Sri Lanka’s most ancient and scenic, peaceful Buddhist temples. This iconic Temple is at the top of the list of things to do in Kandy. Sri Lankan Buddhists admire and respect the sacred tooth relic of Lord Buddha, which is given protection inside the Temple. It is a UNESCO World Heritage Site and the country’s most prominent cultural landmark.

Sri Lanka’s Temple of the tooth relic is an epic cultural landmark.

This ancient Temple’s incredible architectural and cultural value continues to amaze visitors. The sacred Temple of Tooth is worshipped by all Sri Lankan communities, not just Buddhists. This magnificent Temple is a history expert’s dream to learn about the legend of the sacred tooth relic. It is an awe-inspiring place filled with serenity, and it is well worth visiting during your Sri Lanka tour.

The Temple of Tooth complex contains many historical and culturally significant locations. Temples, museums, and the ancient Kandyan Royal Palace ruins are among them. Here is a brief on our journey.

History of Temple of the tooth relic

Accordingly, the Temple of Tooth in Kandy has first built in the year 1595 during the reign of King Wimaladarmasuriya. These original structures had been destroyed with time, and the current Temple dates back to the early 1700s, the rule of King Vira Parakrama Narendrasinghe (1707-1739). After all, the last king of Sri Lanka, Sri Wickrama Rajasinghe (1798 -1815), added the octagonal structure call as Paththirippuwa. The sacred Temple of Tooth showcases the fine architectural skills of the Kandyan era.

The Temple of Tooth occupies a large area in the heart of Kandy. It has a beautiful large garden surrounded by the Udawatta Kele Sanctuary and Kandy Lake. The last king of Sri Lanka, King Sri Wikrama Rajasinghe, built this lake artificially in 1807. It adds to the Temple of Tooth complex’s aesthetic value. The unique wall that surrounds the lake is known as Clouds Wall, and it adds to the lake’s beauty.

We stepped in to Temple of the tooth relic from the main entrance.

The main entrance gate, known as “Mahawahalkada,” runs over the moat. The elaborate stone carvings on the walls next to these gates are visible. The Temple’s walls are constantly adorned with stone carvings. The moonstones in the Temple of Tooth are shaped differently than those in the sacred city of Anuradhapura. As this was eye-catching, we strolled inside the place.

Paththirippuwa was a magnificent creation.

We entered the temple complex through the ground floor of the main shrine. We entered this area through an intricately decorated tunnel. The tunnel was a curved ceiling, and the walls were adorned with exquisite paintings. Those ancient paintings were indeed elegant and appealing, with vibrant colors.

Beautiful paintings are visible on the walls and ceiling.

The first floor is consistently lovely, with painted walls and wood carvings on the roof. This floor also has decorated with ivory and Buddhist flags.

On the upper floor, inside the golden-roofed chamber, the sacred Tooth Relic is well guarded. The sacred tooth relic is housed in seven gem-studded gold caskets of varying sizes. The ivory-carved door to that chamber remains typically closed. This door is only open during daily puja rituals.

If you come here, you can worship the sacred tooth relic by leaving flowers at the front table. Many Sri Lankan Buddhists used to worship on the floor. This main shrine room is a calm and serene environment where anyone can find peace of mind.

Daily Routines are so relaxing.

The Temple of Tooth’s daily worship rituals takes place three times a day, at 5.30 a.m., 9.30 a.m., and 6.30 p.m. These poojas are occasions for making offerings and praying to the sacred tooth relic. During these poojas, there is a beautiful atmosphere created by traditional drumming and chanting. Visiting the Temple of the Tooth during this pooja period would be an unforgettable experience for anyone.

According to historical records, The Kandyan kings held their court in the audience hall. The hall is a magnificent structure with beautiful ancient wood carvings. The wooden pillars that support the wooden roof have elegant carvings.

If you wish to visit here, this is the best place to see the latest authentic Kandyan royal wood art styles.

The temple grounds cover many hectares and include four shrines dedicated to different gods. These shrines are committed to the Natha, Vishnu, Paththini, and Kataragama Gods. They are significant sites that devotees hold in high regard. Many people come to these shrines to seek the blessings of the gods.

This location is very informative for everyone, as a series of informative storyboards are displayed. These boards aid in studying the sacred tooth relic’s history and legend.

This is an important location in the Temple of Tooth complex that should not overlook.

Raja (1913-1988) was a temple-owned tusker from Sri Lanka. Raja regards himself as the greatest tusker in history, having marched in the annual Esala Perahera parade for over 50 years. For 37 years, until his death in July 1988, he was the sacred golden casket bearer of the final Randoli Perahera. The stuffed remains of Raja, the great tusker, are on display at the Raja Tusker Museum.

Now onwards, these are details we got from the valuable chats with people. So let me tell you about those.

Temple of the tooth relic and Esala Perahera are deeply rooted in Sri Lankan culture and history. Esala Perahera is an annual grand procession to honor the sacred tooth relic. This extravagant festival takes place every year between July and August. Parades of traditional Kandyan dancers and elegantly decorated elephants are taking place.

Thousands of devotees and visitors flock to Kandy for this grand Buddhist pageant. The final Randoli Perahera, in which the majestic tusker carries the golden casket containing the sacred tooth relic, is the highlight of this procession. The traditional dancers are an essential part of the procession.

Little about the Souvenir store

There is a souvenir shop right next to the International Buddhist Museum. Suppose you want to buy some Sri Lankan souvenirs. Some elegant handicrafts, such as decorated elephant figurines and paintings, are perfect souvenirs for visiting the sacred Temple of Tooth.

It is much important to know What to Wear. There are some dress codes that you should follow when you come Temple of the tooth relic.

Because the Temple of Tooth is a religious site, visitors must wear clothing that covers their shoulders and legs. People wearing short pants, short skirts, or sleeveless tops are not permitted to enter the Temple.

You may need to purchase a sarong to cover your legs if you wear a short dress.

You can avoid this hassle by wearing a suitable long dress. Bringing a shawl or wearing a lounge is a good thought.

Sri Lankans wore white or light-colored dresses, but there were no rules regarding the dress’s color. Before entering the main shrine, all visitors must remove their shoes and hats.

There is a shoe corner where you can safely store your shoes.

What should you bring?

Sri Lankan Buddhists bring flowers and incense to the Temple. There are flower shops near the entrance where you can purchase them. One of the best things to do in Kandy is to visit the serene Temple of the Tooth, which is full of luck.

Last but not least, Kandy’s Temple of the Tooth is not only a fantastic historical site but also the best family-friendly destination in the country. This is a beautiful ancient site, even if you are not a Buddhist. Without a doubt, the spiritual power and breathtaking scenic beauty that surrounds this sacred Temple will enchant you. 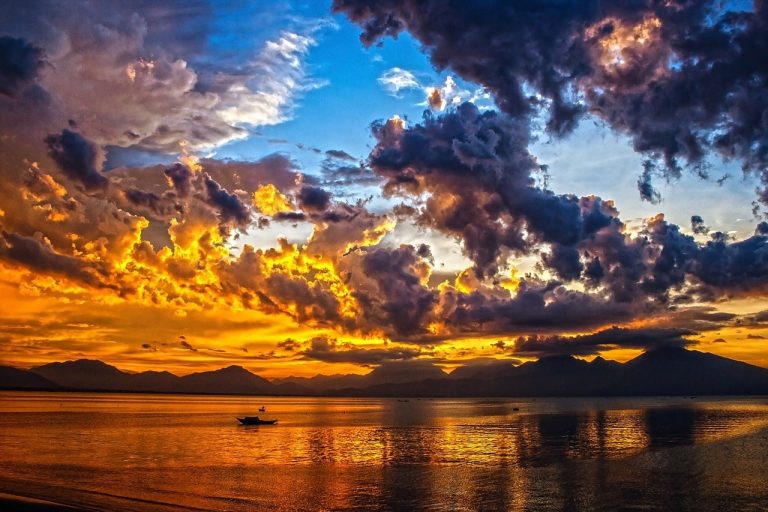 On Sri Lanka’s northernmost point, Jaffna is one of the country’s most stunning cities. Because of its predominance of Tamil people, Jaffna is considered the center of Tamil culture in Sri Lanka. Visitors to this area will be positively impressed by the locals’ hospitality. While not particularly remarkable, they are also amiable. Jaffna should be… 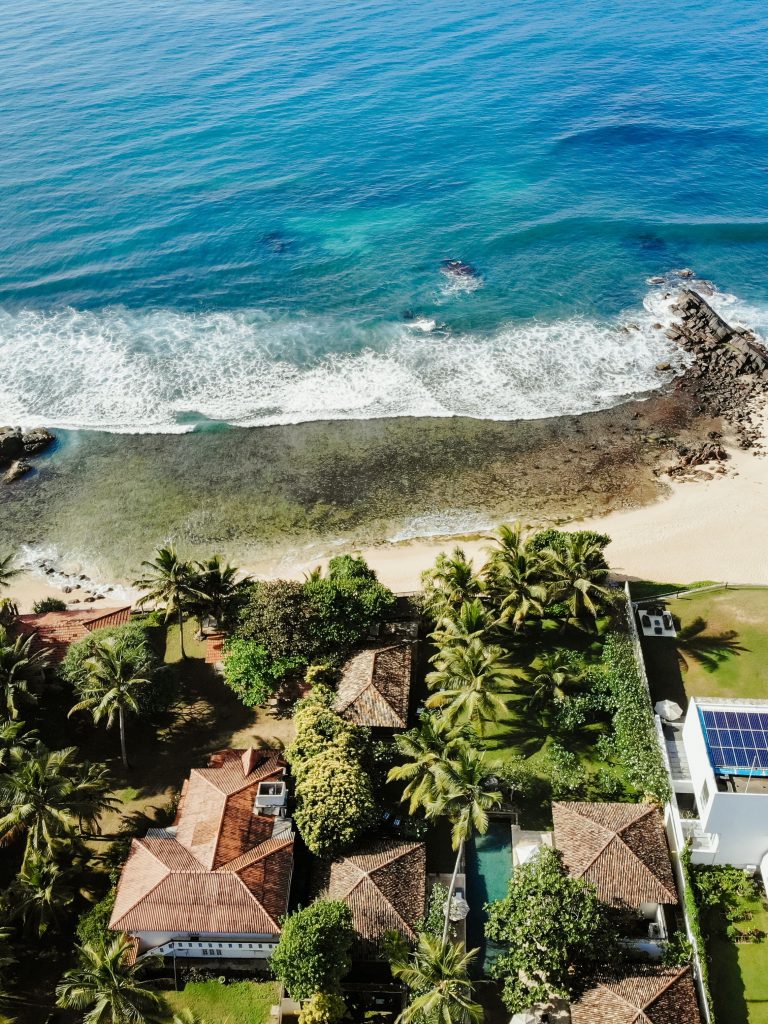 On Sri Lanka’s southern coast, Hikkaduwa is a town just 100 kilometers south of Colombo. It is a popular destination for tourists from both domestic and foreign countries because of its stunning beaches and wide selection of restaurants and hotels. Once in Hikkaduwa, it’s not immediately obvious what the best activities are. Besides lying on…

Climbing Pidurangala is so amazing.  As I always this Sri Lanka is a paradise for every nation. so definitely you must visit this country.  Last time we went to Sigiriya. After the journey we took a rest in our accommodation. Our  room boy came to us and shared the details on our journey. Finally he told… 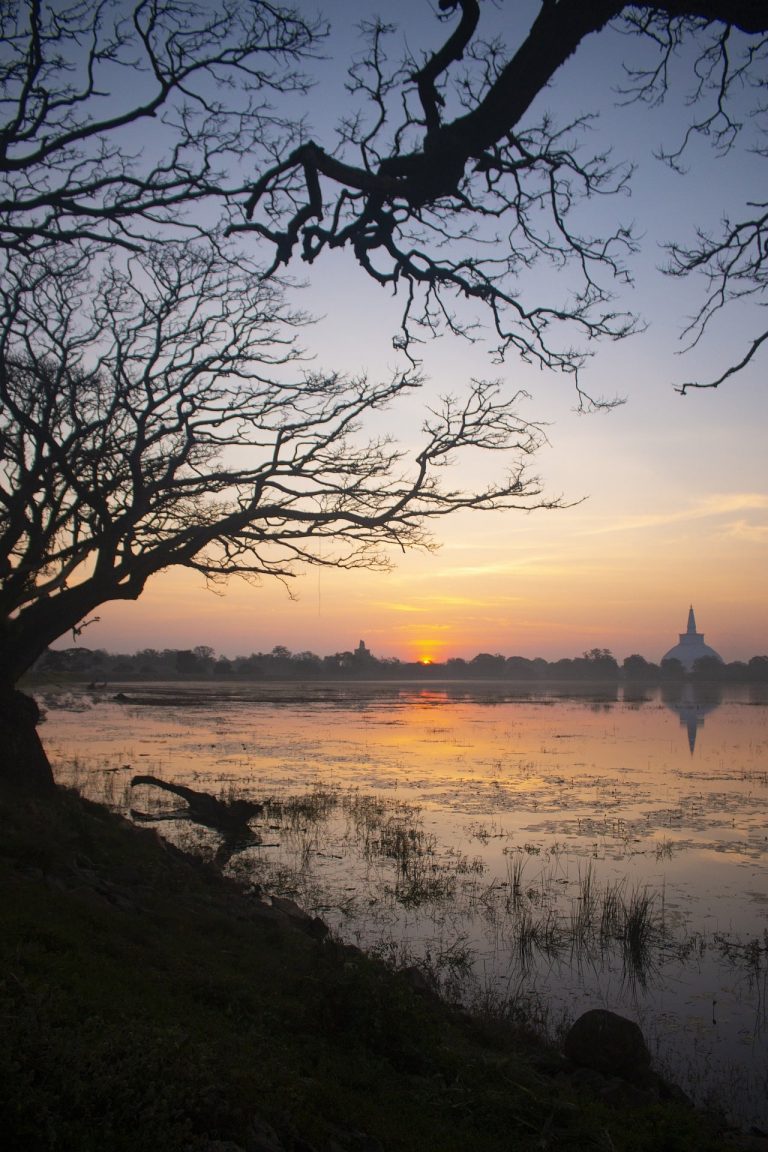