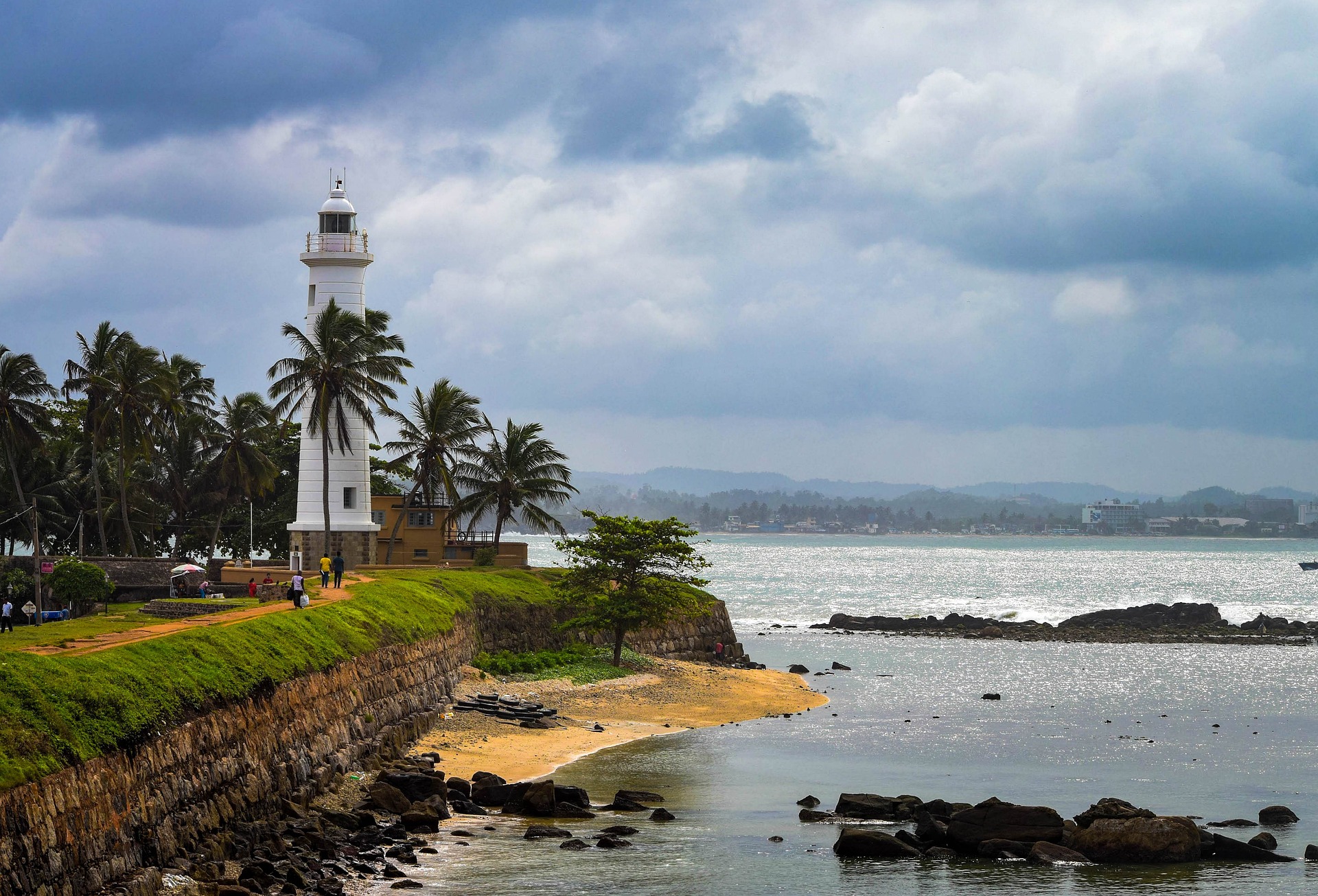 A historical city in Southwestern Sri Lanka is now a popular Asian travel destination, with visitors coming from all over the world!

There is no shortage of places to visit in and around Galle, including a stunning fort, Dutch colonial architecture, and beaches. You will fall in love with Sri Lanka whether you are an artist, a poet, a photographer, or something else!

So, if you’re planning a trip to Galle, Sri Lanka, this year, don’t worry about finding the best experiences; we’ve taken care of that. Make sure you read them to add ‘extra’ to your ‘ordinary’ experience at these bewitchingly beautiful Galle tourist attractions.

The tower was built in loving memory of the Humanitarian Doctor Peter Daniel Antonis and stood as a memorial to the doctor. According to the records, the people of Galle pitched in money to build this tower, which has a remarkable history.

Galle Fort is an ancient fort located in the Old City of Galle, Sri Lanka, 1.5 kilometers from Galle Railway Station. It is one of the five historical monuments that must be visited as part of Sri Lanka Packages and is located on the country’s southern coast.

The Galle Fort is a historical, archaeological, and architectural heritage monument with a history of over 400 years. UNESCO designated it a World Heritage site for its unique display of an urban ensemble illustrating the interaction of European architecture and South Asian traditions from the 16th to the 19th centuries.

Today, the Galle Fort is Asia’s most significant remaining European-built fortress. The Sri Lankan government and many Dutch residents who still own some of the fort’s properties

Galle Fort, also known as Dutch Fort, was built by the Portuguese on Sri Lanka’s southwest coast. The original Santa Cruz fortification, built in the late 16th century, was an earthen structure with palisades covering the northern inland side, a rampart, and three bastions.

The Dutch took control of the city later in the 17th century, and they built the impregnable fortification that encircled the entire peninsula. The British took over the fort in 1796, and remained under British control until Sri Lanka’s independence in 1948.

Furthermore, the significance of Galle as a city diminished after the British established Colombo as the capital.

The fort’s two towering gates are known as ‘Portcullises gates,’ and the first gate of entry from the port is inscribed ‘ANNO MDCL XIX,’ with a depiction of the Dutch Coat of Arms and the ubiquitous emblem of a lift and an inset ‘VOC’ inscribed in the center. The Main Gate is located on the land side of the fort and is heavily fortified.

Over a 130-acre area, the fort has 14 bastions made of coral and granite stones. The Aurora Bastion, the Tremon Bastion, the Kleipenberg Bastion, and the Emaloon Bastion are the bastions found here.

The fort is built in the style of a small laid-out walled town, with a rectangular grid pattern of streets full of low houses with gables and verandas in the Dutch colonial style. The fort also has many historic churches, mosques, museums, and commercial and government buildings.

Old Gate with the British Coat-of-Arms engraved on it, the Old Dutch Hospital, the ramparts that run around the fortress, the clock tower built in 1882, the lighthouse built in 1939, the Dutch Colonia-style houses with gables and verandahs, the Dutch Reformed Church built in 1640, the New Oriental Hotel built-in 1694, the National Maritime Museum and many others.

Visitors can also go to the Galle Vegetable and Fish Market in the city center.

A visit to the famous Galle Lighthouse will round out your Galle sightseeing tour. This lighthouse is stunningly located within the Galle Fort. The stunning design and architecture, as well as the atmosphere it exudes, are unforgettable. The distant oceans can be seen from the oldest lighthouse in Sri Lanka.

The Historical Mansion Museum is another exciting attraction in Galle. This place is Disneyland for history buffs and a paradise for those interested in learning more about Sri Lanka’s conflicted and controversial history. Not only that, but you can also purchase souvenirs or collections from this location.

Most people want to unwind at the end of a long day with some peace and possibly an extra sunset on the horizon. All of this and the sound of seagulls and waves make Flag Rock the ideal place to end a day in Galle. If you’re wondering what to see in Galle, you should include this former Portuguese stronghold on your itinerary.

Unawatuna Beach is a pristine beach located along the Indian Ocean at Unawatuna in the Galle district of Sri Lanka, 6 kilometers from Galle Railway. It is one of the best beaches to visit in Sri Lanka and one of the must-see attractions on a trip to Sri Lanka.

The beach brings the local culture to life and is a great place to cool off after a hot summer day by taking a dip in the ocean. There are also sunbeds on the beach for visitors to rent and spend the day basking in the sun while admiring the scenic ocean views.

This palm-lined beach is ideal for swimming and a variety of water activities. The beach is also lively, with many hip and trendy restaurants and small kiosks selling various products and tasty food.

If you enjoy relaxing on the beach with a cocktail, Unawatuna is the place because it has one of the best after-sunset party scenes with laid-back vibes.

Rumassala is close to Unawatuna, where you can find a sun-kissed sandy beach. Since the colonial era, one of Unawatuna’s most well-known and popular tourist destinations has grown significantly. The Sri Lankan government has declared a sanctuary that dates back to the Prehistoric era and King Rawana. An old tale called “Ramayana” claims that Hanumantha dropped a piece of the Himalayan Mountain range in this area. There are numerous medicinal plants in this area.

Since ancient times, large quantities of spices, minerals, and precious stones have been transported through Rumassala, an important and historic location. Even today, a historic jetty can be seen in this lovely location. The small cemetery serving as the final resting place for numerous British civil servants and sailors is close to the sanctuary. The Rumassala forest is home to various animals and is abundant in rare medicinal plants.

The Japanese Peace Pagoda, located on Rumassala Hill and offering spectacular views of the entire ocean, is one of the most beautiful places to visit in Galle, Sri Lanka. This massive white structure was built in 2004 and exuded purity and serenity. This structure is easily visible from the beaches of Unawatuna and Galle and can be reached by walking or driving through the hills. If you want to see a spectacular sunset, you should go here around dusk.

The Dutch Reformed Church is a popular tourist attraction in Galle. The church tells stories from centuries ago; if you enjoy history, you will fall in love with the place and not want to leave. If you want, you can hire a guide or go out and explore on your own. The pulpit, also known as Groot Church, is made of Malaysian wood.

St. Joseph’s Chapel, one of the most well-known Galle tourist attractions, is a place to find inner peace. The tiny chapel in Galle depicts Roman Catholics from the Portuguese period, which the Dutch later revived. The St. Joseph’s Chapel has a touch of Dutch architectural style.

Sithuvili Gallery is a UNESCO World Heritage Site and one of the best places to visit in Galle, Sri Lanka. The gallery is a popular destination for art enthusiasts, displaying some of the finest local crafts, artworks, and antiquities. Surprisingly, every item in this gallery is environmentally friendly and recyclable. Most locally produced items are made from coconut shells and husks.

Hikkaduwa Beach is a tranquil beach located in the coastal town of Hikkaduwa, 18 kilometers from Galle and 37 kilometers from Bentota. As part of the Sri Lanka Tour, it is one of the most popular beaches on the island.

Hikkaduwa beach was the first beach discovered by tourists in Sri Lanka (in the 1960s). The beach stretches for 4 kilometers and offers a variety of fun activities to keep tourists entertained. Snorkeling, scuba diving, whale watching, swimming in the ocean, and glass boats are among the water sports available.

The clear waters entice nature lovers who want to take a dip and see the vibrant, colorful aquatic life. You can find Beautiful coral formations in Hikkaduwa’s coral sanctuary. Stunning coral formations surround a collection of small islets off the beach. Many different types of fish and giant turtles can be found here.

Hikkaduwa has some of the best scuba diving experiences in Sri Lanka due to its unique dive sites, which include wreck dives and spectacular reef dives. Hikkaduwa is also a popular board surfing destination.

The beach has restaurants, pubs, and lively nightlife. The Sea Turtle Hatching and Rescue Center, the Tsunami Photo Museum and the Hikkaduwa National Park are nearby.

Bentota, located on the southern bank of the Bentota River, is a charming town surrounded by sandy beaches, pristine waters, and lush green landscapes dominated by tall palm trees.

The name ‘Bentota’ is derived from Ben, a demon who once ruled the Tota or river bank.

As the National Holiday Resort Complex is associated with Bentota Beach, it is considered Sri Lanka’s premier beach resort.

The area is well-known for its sun-kissed beaches, lagoon, dive sites with stunning views of coral reefs, century-old Buddhist temples, gardens, and long stretches of coconut trees. Its beautiful sun-kissed beaches make it an ideal destination for families looking to spend quality time on the beach.

Bentota is also a popular destination for water sports such as snorkeling, deep-sea fishing, and scuba diving. This charming town is also a popular wedding and honeymoon destination for Sri Lankans and foreigners. Aside from that, the scenic village is well known for its toddy production, an alcoholic beverage made from coconut nectar, and the rejuvenating Ayurveda therapies it provides. The establishment of the Bentota National Holiday Resort Complex has boosted the town’s economy, with five-star and luxury hotels opening properties on the beachfront.

The nearest airport is Bandaranaike International Airport in Colombo, about 109 kilometers from Bentota. From there, you can take public transportation or book a seat on a domestic flight. If you choose the latter option, the Bentota River Airport is the nearest domestic airport.

October to April is considered the best time to visit Bentota because the weather is pleasant and ideal for water sports and sightseeing at the beautiful seashores. Bentota is drenched in the rain from May to September, the sea is rough, and water sports are not recommended.

Mirissa feels sheltered compared to Sri Lanka’s other busier resort towns because it is surrounded by two sandy bays and a rock island that can reach low tide. While bars and surf shops are scattered among the serene sands, Mirissa’s whale-watching boat trips, which run from May to November, are a natural attraction.

What is the best time to visit Galle?

The winter season, from December to March, is the best time to visit Galle because its rainfall is at its lowest. The month of April is the driest of the year. It is best to avoid visiting Galle from May to September because the southwest monsoon occurs during this time of year, which is considered off-season in Galle.

Pack your bags and head to this paradise city if you can’t contain your excitement any longer and are ready to check out these exciting places to visit in Galle. But first, don’t forget to organize a tour of Sri Lanka and take a memorable vacation. As always, Visit Sri Lanka!